Tourisk Inc is now involved in studies of carrying capacity for tourism in natural and urban environments.  A recent article on one of the most intensively touristed “natural” sites follows.

How Many Tourists Does It Take To Change Nature?

Does the presence of thousands of tourists allow a place to still be considered “Natural.”  Is this “Nature” or not?  I just returned from Zhangjiajie in Hunan China- the site of one of China’s most popular natural attractions.  The site of spectacular spires, amazing views and now the location of the world’s longest and highest glass bridge.  (see picture later in article) 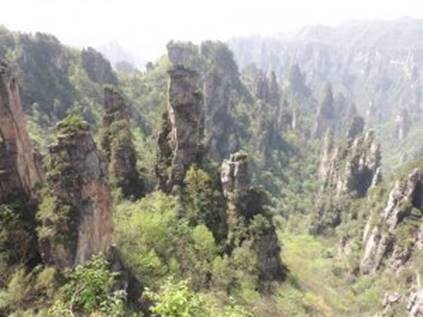 It is now one of China’s premier attractions, due primarily to its spectacular scenery.  It is also the home to many adrenaline sports, including flying through a hole in a mountain using only a flying suit.

The key challenge for those managing such physical treasures now is crowd control.  As Chinese gain easy access to this formerly relatively remote site – arriving by freeways bullet trains and through new air links. With more than 9 million visitors, many of whom spend more than one day at the key sites, the volume of visitors daily can stress any measures of carrying capacity.

Thousands of visitors push to reach the most spectacular viewpoints even on “normal” days, not to mention crowds in peak seasons.

This brief article is based on observations and the presentations at a recent conference in Carrying Capacity for tourism held in April 2017 at Zhangjiajie and which addressed the issues related to crowd control at some of the most stressed natural sites on the planet. The conference was under the auspices of  the UN World Tourism Organization and the Chinese Monitoring Center for UNWTO Tourism Observatories. 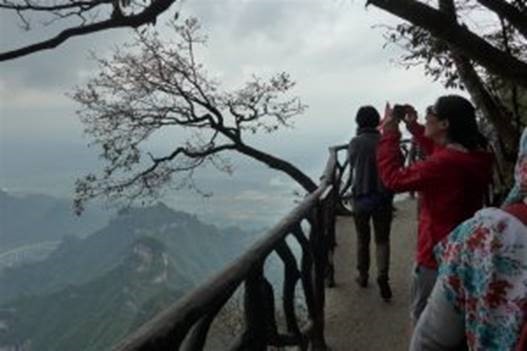 The prospects for still greater numbers are clear:  one of the sites was featured in the movie Avatar.   The vertical pillars and park are recognized as World Heritage, the new glass bridge is featured internationally, and the rapidly growing transportation net is making the area easy to access by the millions of Chinese who now have their own vehicles. 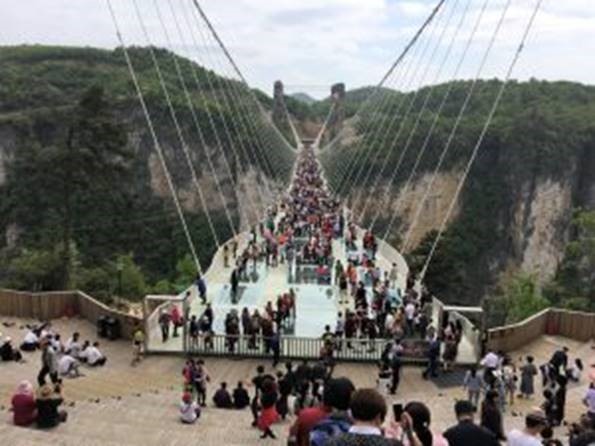 New lifts (twelve huge escalators up to the top of Tianmen mountain (above) and immense glass elevators as well as several gondola lifts (some with glass bottoms) and buses which climb the winding road bring thousands to the top each day.

Price signals have not worked well to reduce numbers but limits and scheduling show some promise.  For example, to be among the 800 tourists at a time allowed on the glass bridge it is necessary to book a specific time five days in advance.

Thousands each day pay high prices to look straight down 1000 Metres between their feet from the glass bridge or to lie on it and take selfies.

So is the site still a “natural wonder”?

In this site people fly through the hole. 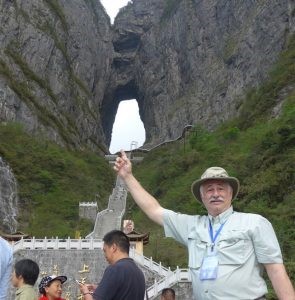 For additional information on this project please contact us.

Copies of the presentation regarding tourism carrying capacity can be provided if requested.

This article has also been published on the Canadian Association for the Club of Rome site.

Tourisk Inc. is committed to fostering more sustainable planning and management of tourism for the benefit of tourists, the tourism industry and host destinations.